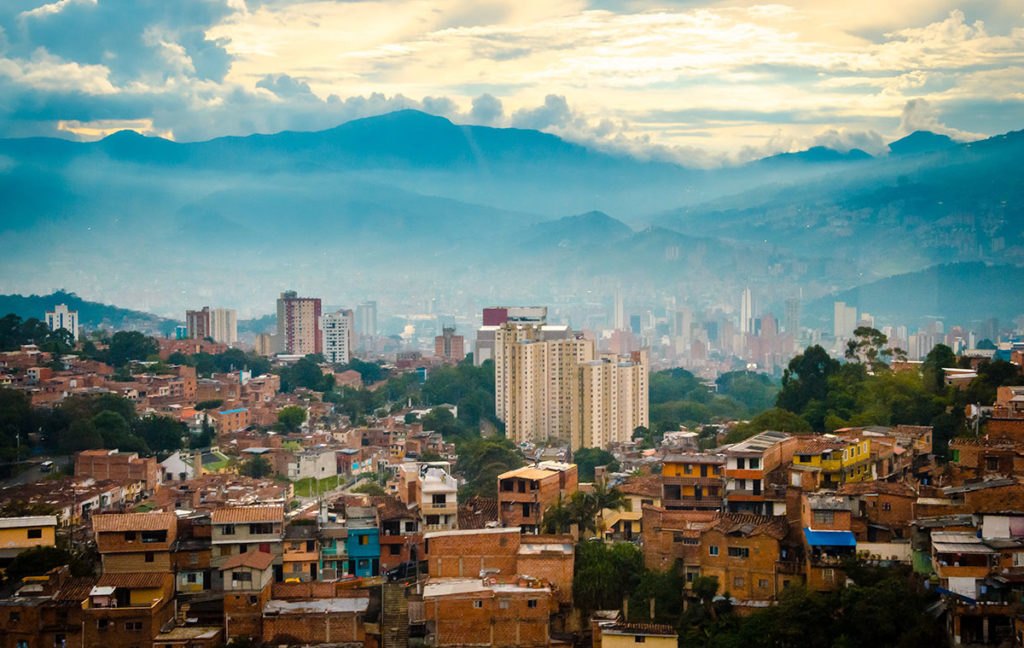 Medellín was recently known as the world’s most dangerous city. It may now be as famous for being the home of arguably South America’s most renowned living artist, Fernando Botero, and his signature rotund art. 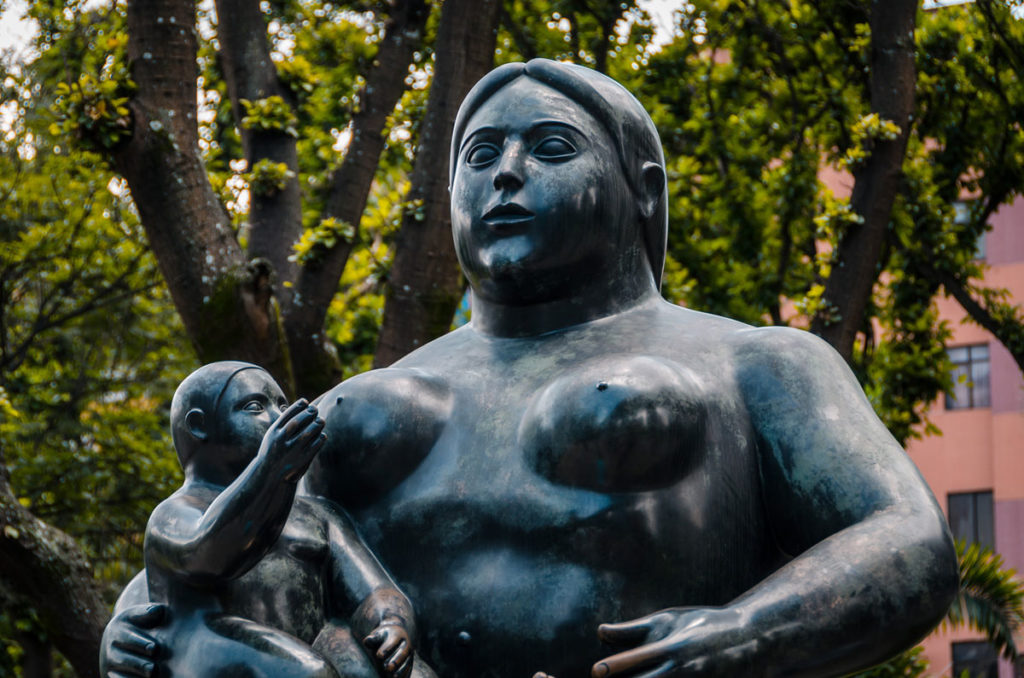 What Medellín should also be celebrated for is its excellent public transportation, including the metro… 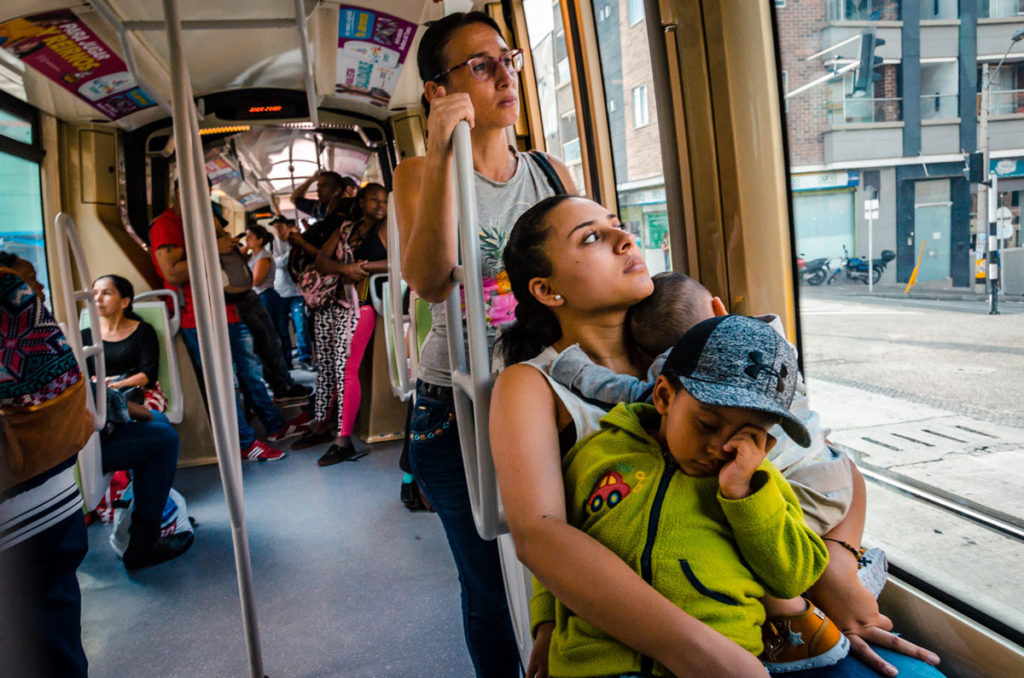 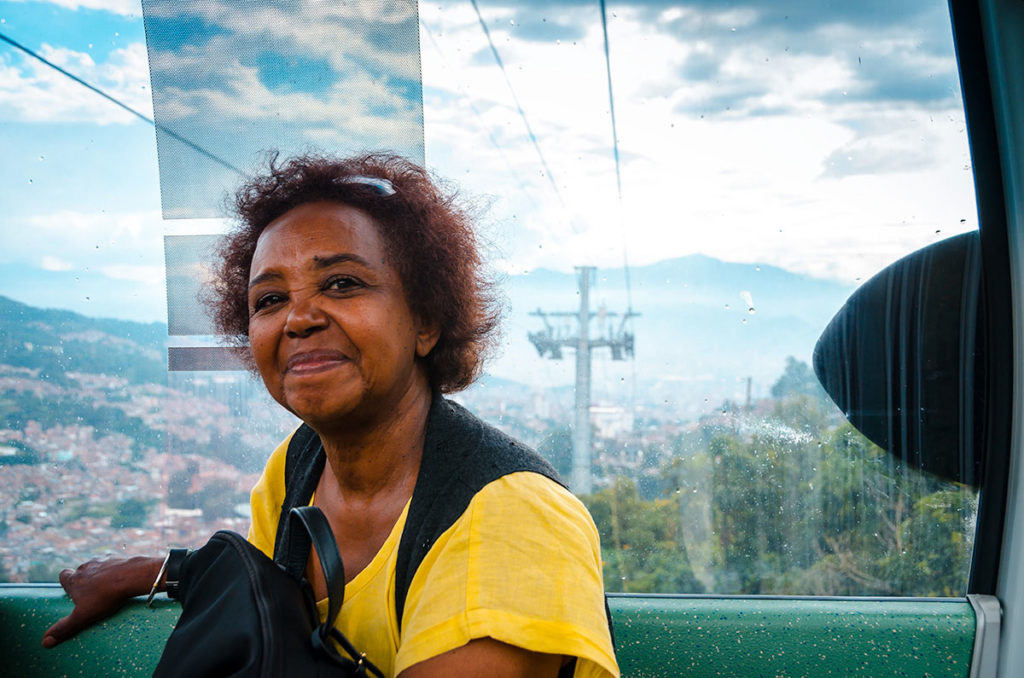 These people-moving systems allowed us to easily go to most parts of the city and see many attractions.

Khadija and I were in Medellín on the last week of a six-week trip to the Andes in April and May 2018. We had only two full days which we utilized every waking hour to see this great city. We did not see all we wanted but covered a lot of ground.

We made our foray into Medellín by taking a free Real City Walking Tour (tips expected) through the downtown. We could have used a self-guided map, but the tour was superior in assimilating information.

We started at the Alpujarra Metro Station an old train station with a steam engine locomotive on display. 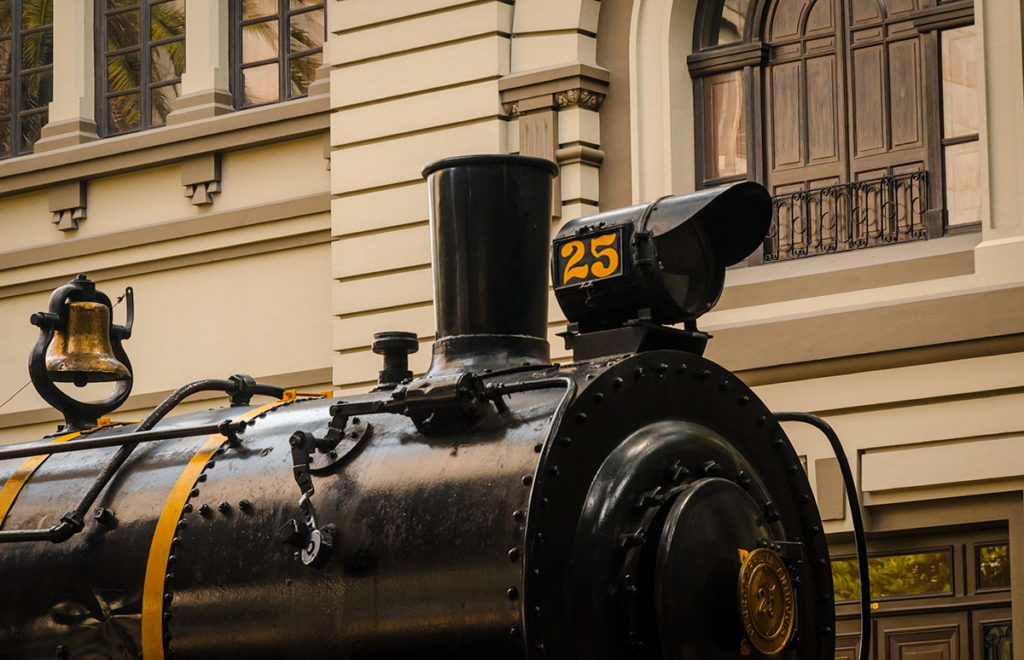 We walked to the nearby concrete sculpture called Monument to Race by Colombian Rodrigo Arenas Betancur. I believe race means humankind. It tells the story of the people of Antioquia, the state Medellín is in. We spent about ten minutes looking at it in detail, but we could have easily spent thirty. 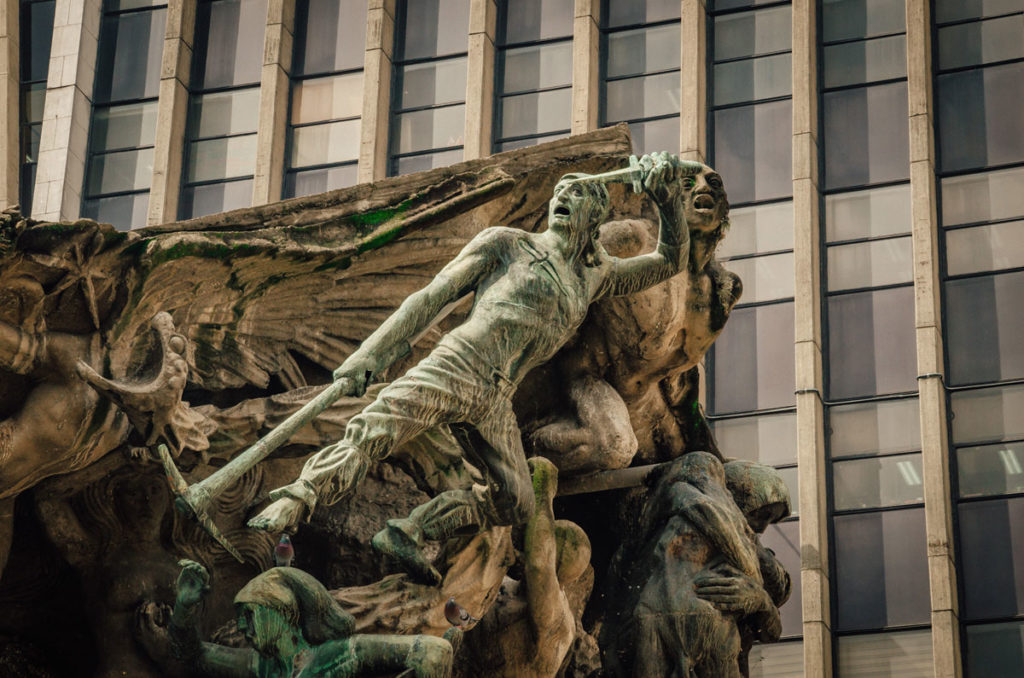 Our next destination was the Park of Lights. This plaza was renovated in 2005 and added a series 300 light poles, made of concrete and metal and containing embedded light fixtures. We were not here at night, but it must be impressive then. 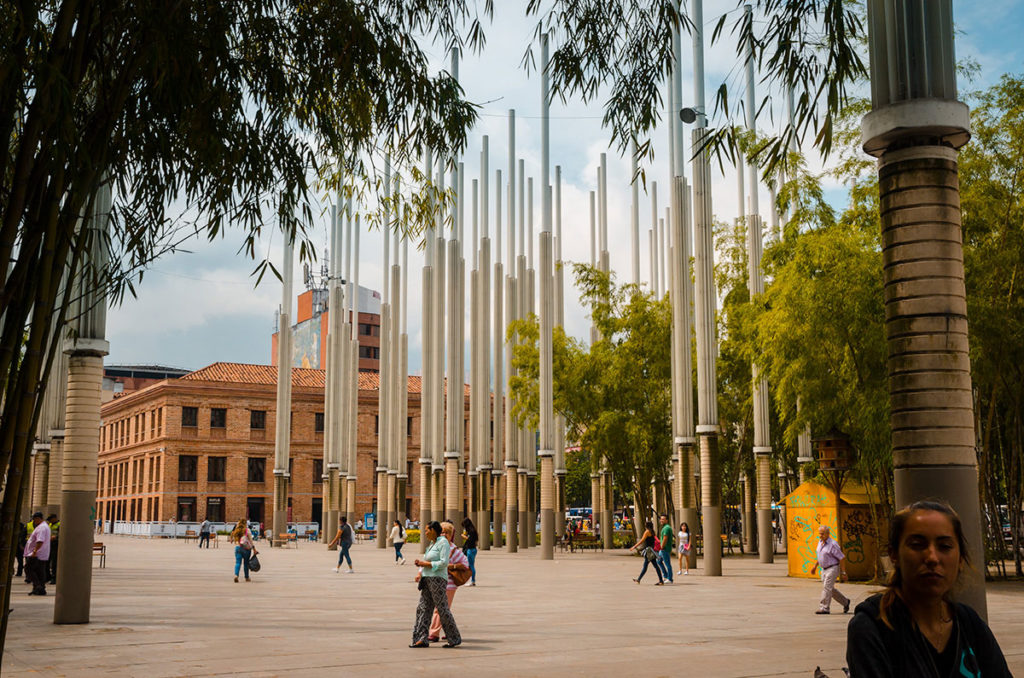 We then went to the National Palace Mall. It was built in 1925 and was the government base of the city. Now it is a multi-floor, popular shopping center 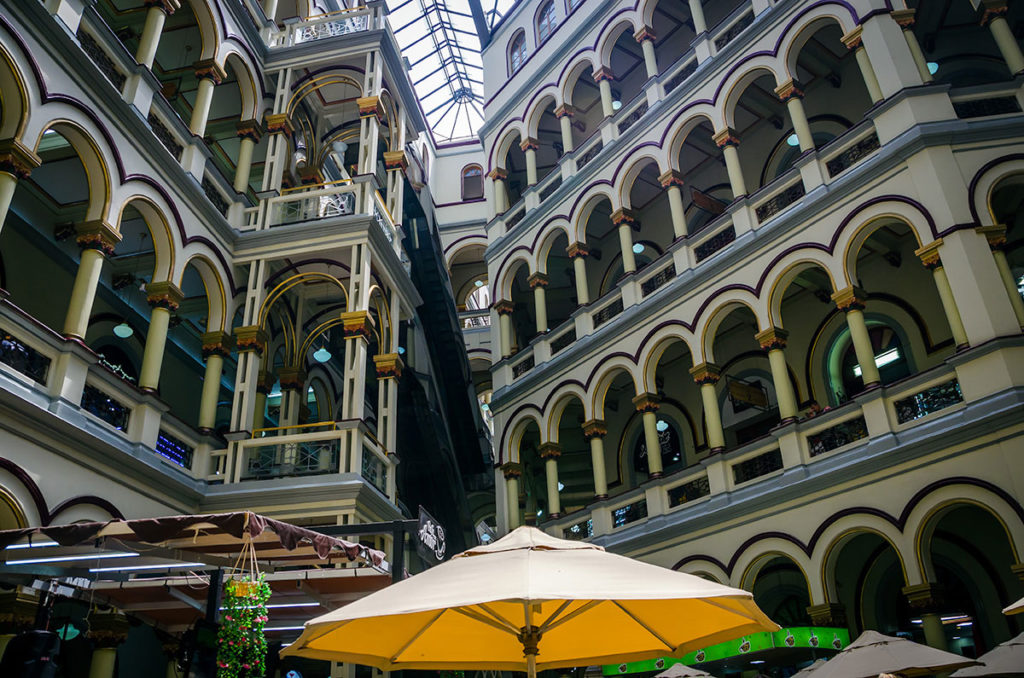 In the mall, we took a break at Café Amor for coffee served by this barista out of central casting. 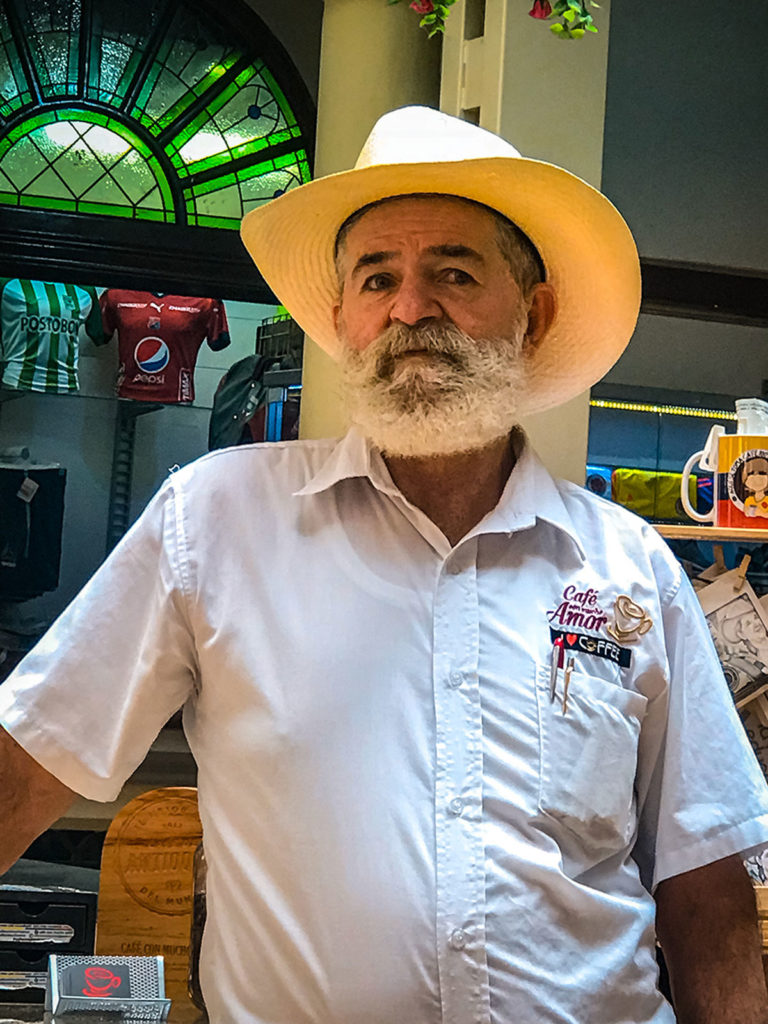 The best thing about the experience was reading this sign… 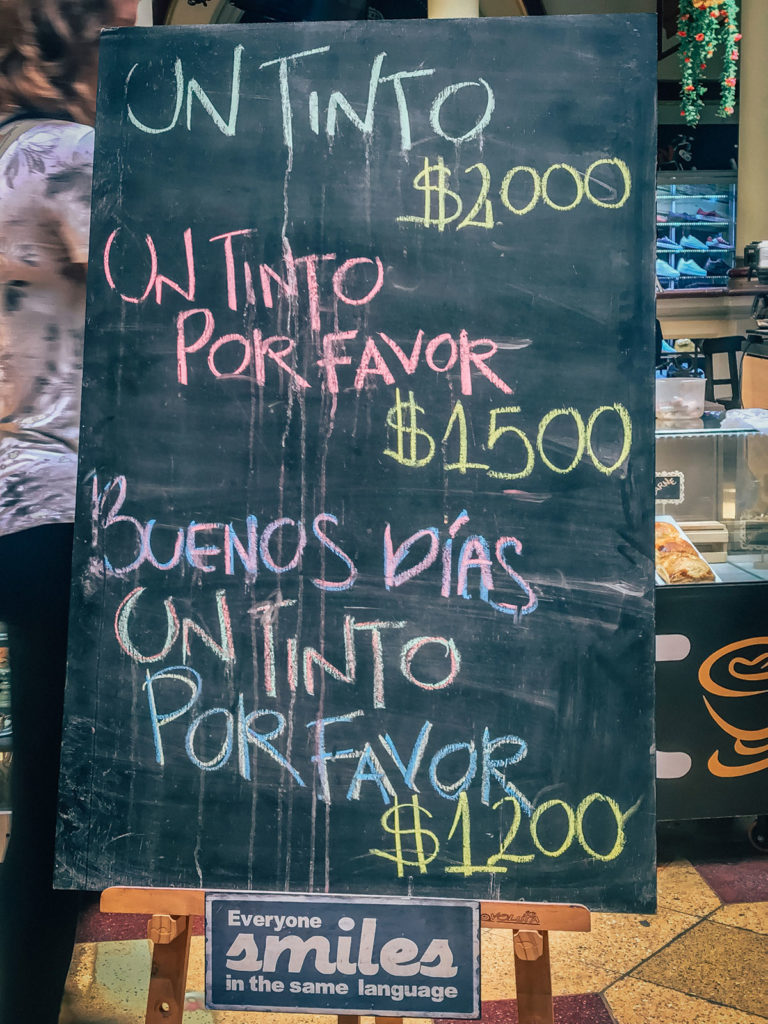 We passed Veracruz Church, one of the oldest churches in the city, first built in 1682. It gradually deteriorated and eventually was in danger of collapsing but was renovated and reopened in 1803. It has been operating as a Roman Catholic church since then.

Other than right before mass, we were told the church doors are usually closed. Outside the baroque exterior there were prostitutes offering their service though out the day and night. 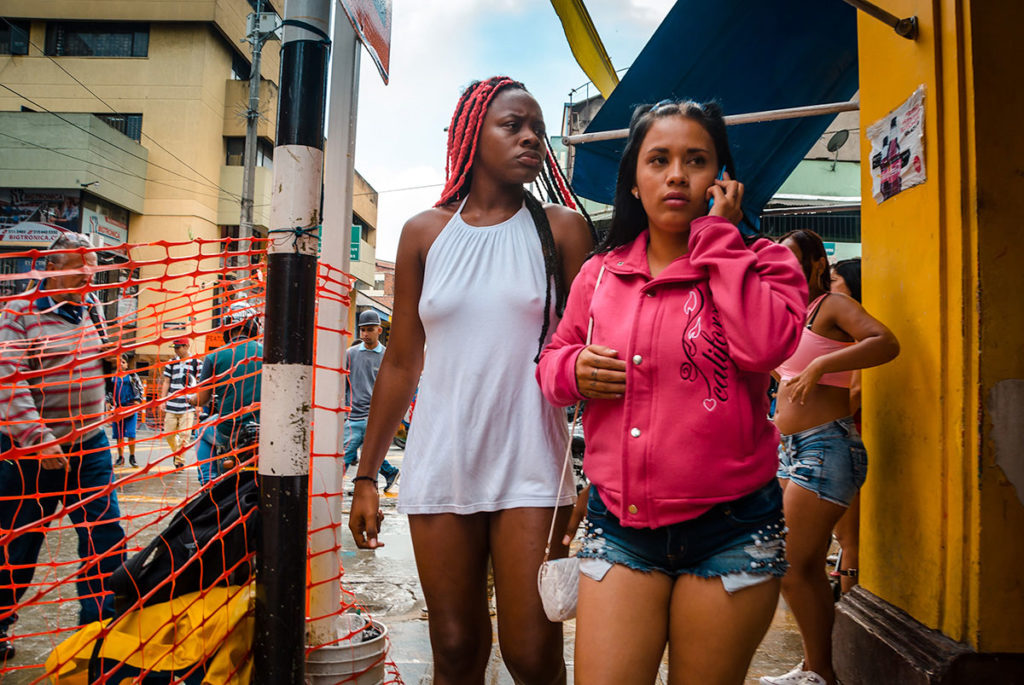 Prostitution is legal in Colombia and supposedly regulated. However, the laws are rarely enforced and the those offering their services can be easily found.

Next, we went to Botero Plaza, a public space containing 23 statues of Fernando Botero. Now 87, he was born in Medellín and is known his voluminous figures and political statements. The statues in the park all have simple descriptive names, such as the Roman Soldier which is in front of the checkerboard Uribe Palace of Culture. 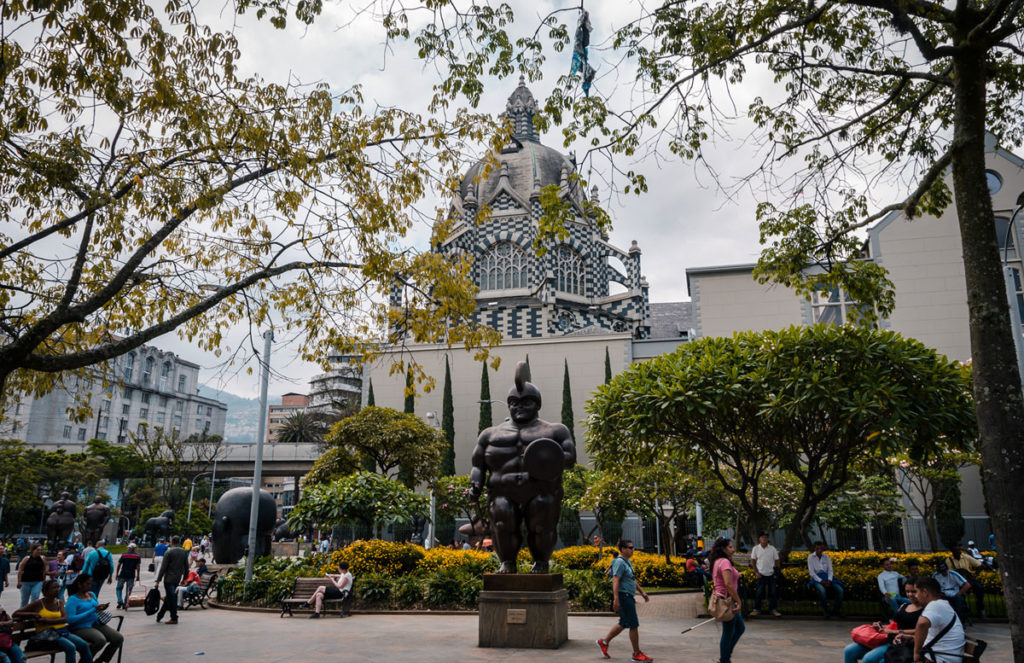 This statue is a good example of Botero’s social commentary and humor. While the soldier is massive, he is chubby and his genitals are comparatively small, thus implying manhood is not always what it appears to be. Also, this statue is a favorite of the public who rub the testicles for good luck, making them the shiniest part of any statue in the plaza.

Here is Khadija next to the Reclining Woman. 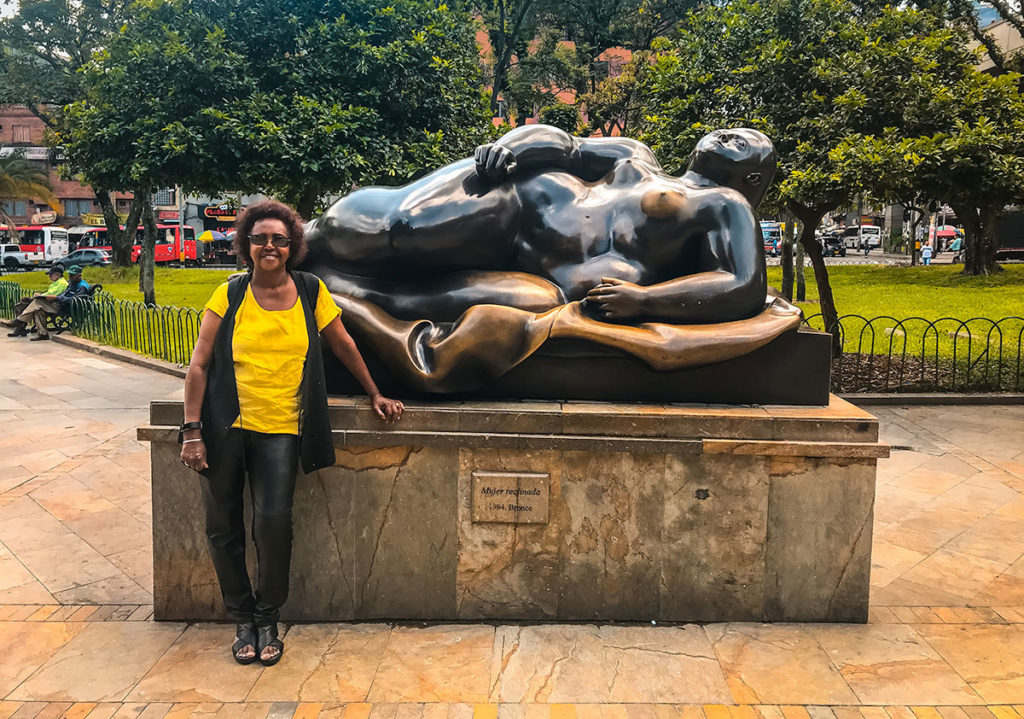 I chose to pose by the Dressed Woman, who seems to be an affluent person. Her fluffy dress and hat which resembled a bowler reminded me of indigenous women I saw a couple weeks before in Bolivia.

Next stop was Bolivar Park. The park was donated to the city in 1844 and was first named New London and then Villanueva (the name of the neighborhood). In 1871 the city renamed it Bolivar Park. However, it took almost 5 decades to erect a statue of Bolivar. For those who missed the week that Latin American history was taught in school, Bolivar was the military and political leader who led the secession of what are currently the states of Venezuela, Bolivia, Colombia, Ecuador, Peru and Panama from Spain.

The statue did nothing for me but I really liked the denizens of the park, including one smoking… 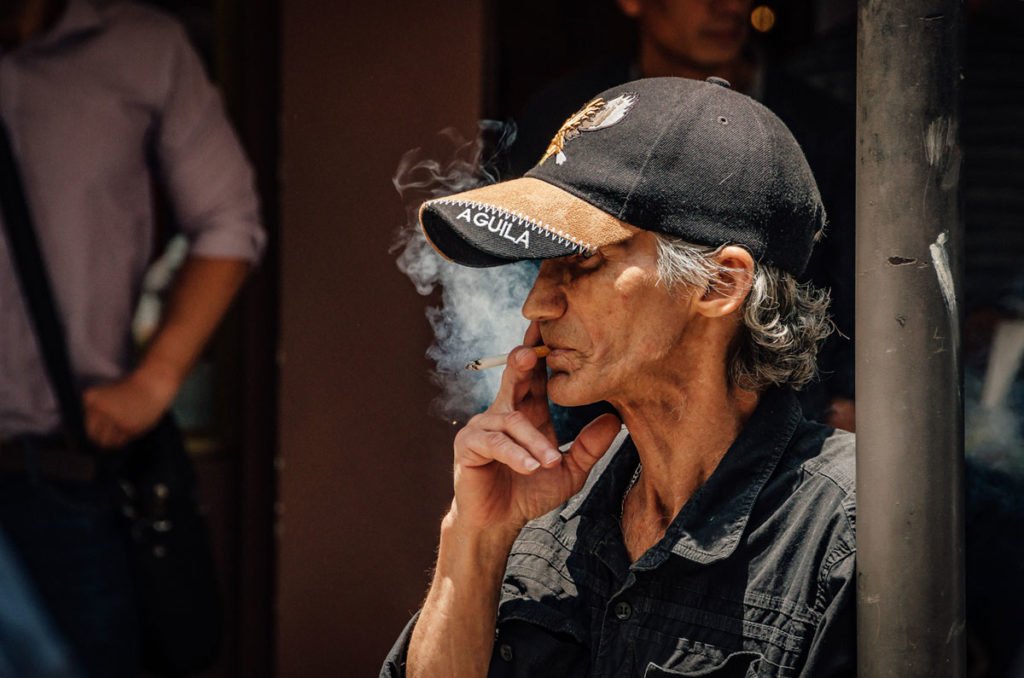 …an unshaven man sitting and not doing much… 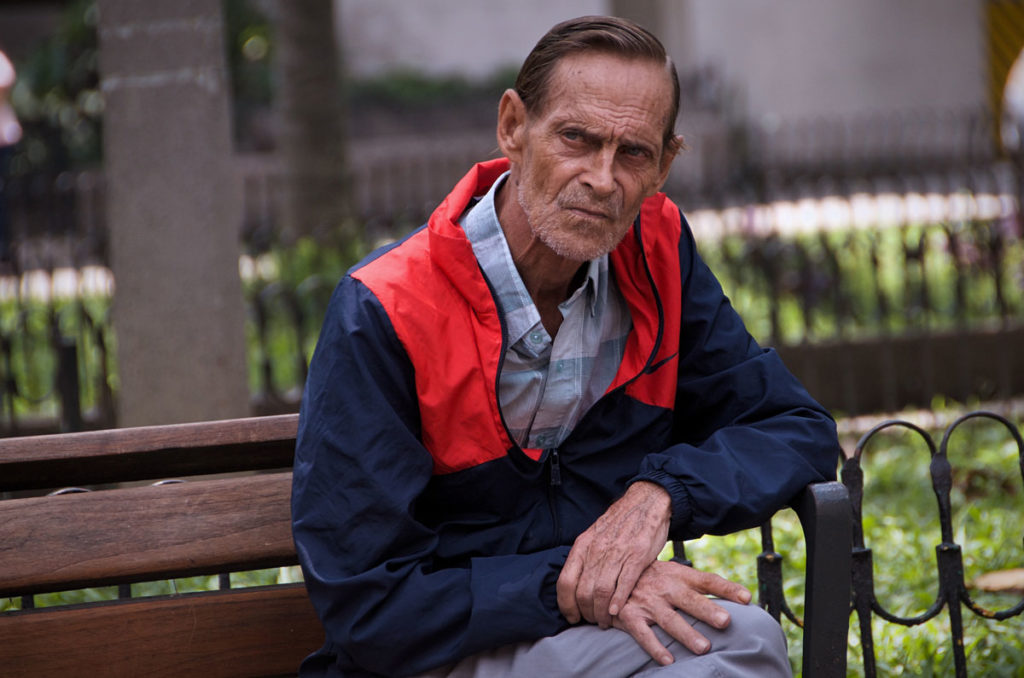 …and three young people talking and sleeping on a bench. 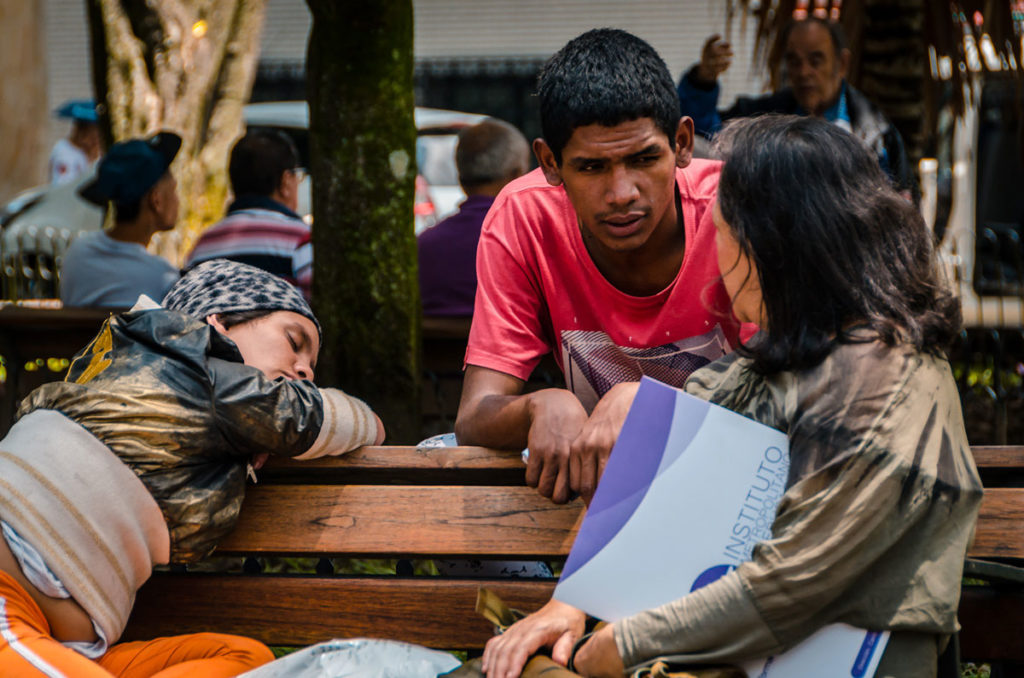 The final stop of our walk was the wide-open San Antonio Plaza which opened to the public in 1994 with an amphitheater and a landscaped park in front of the San Antonio de Padua Cathedral. In 1995, a bomb was detonated under the sculpture during a concert, killing 23 people and injuring dozens more. It blew a hole in Botero’s Bird of Peace statue. 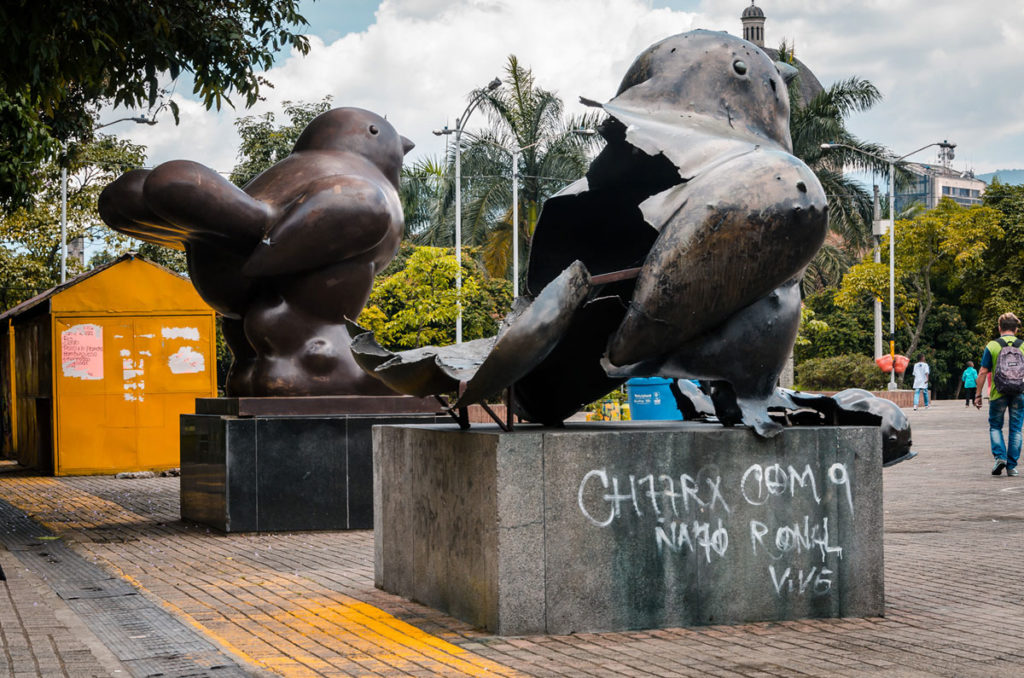 In 2000, the city put an identical Botero statue next to the damaged original. Together they are a memorial to the victims.

The Antiquities Museum was founded in 1881 under the name of the Museum and Library of Zea, after botanist and diplomat Francisco Antonio Zea. In 1943 the city made it into an art museum. The museum has changed names and locations throughout its history while expanding its collection. 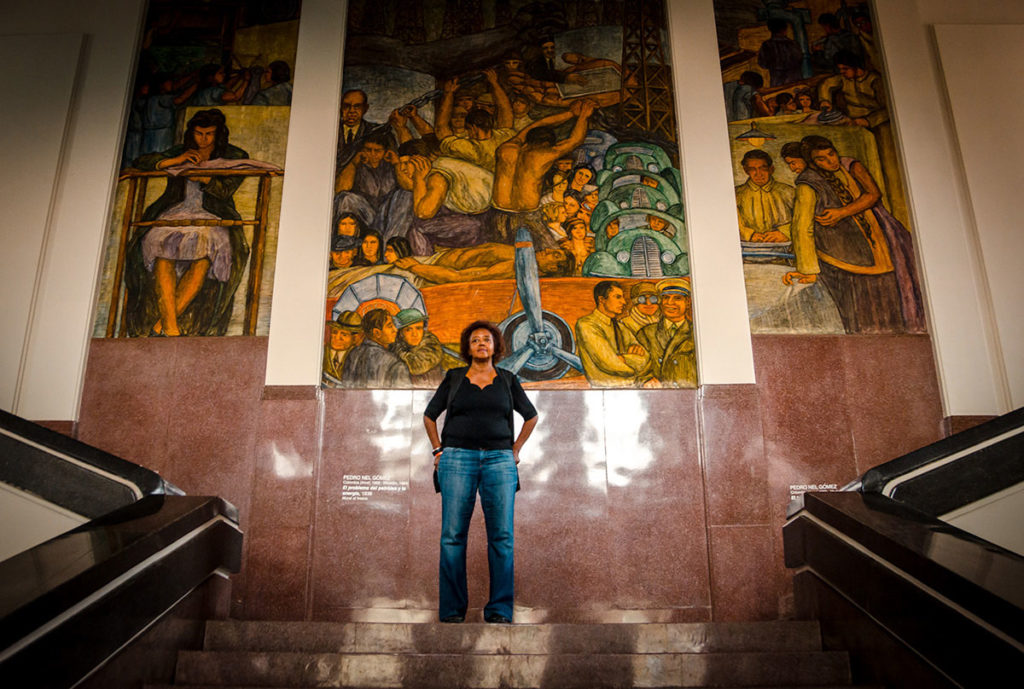 In the 1970’s, Botero donated many of his works to the museum, including the Death of Pablo Escobar 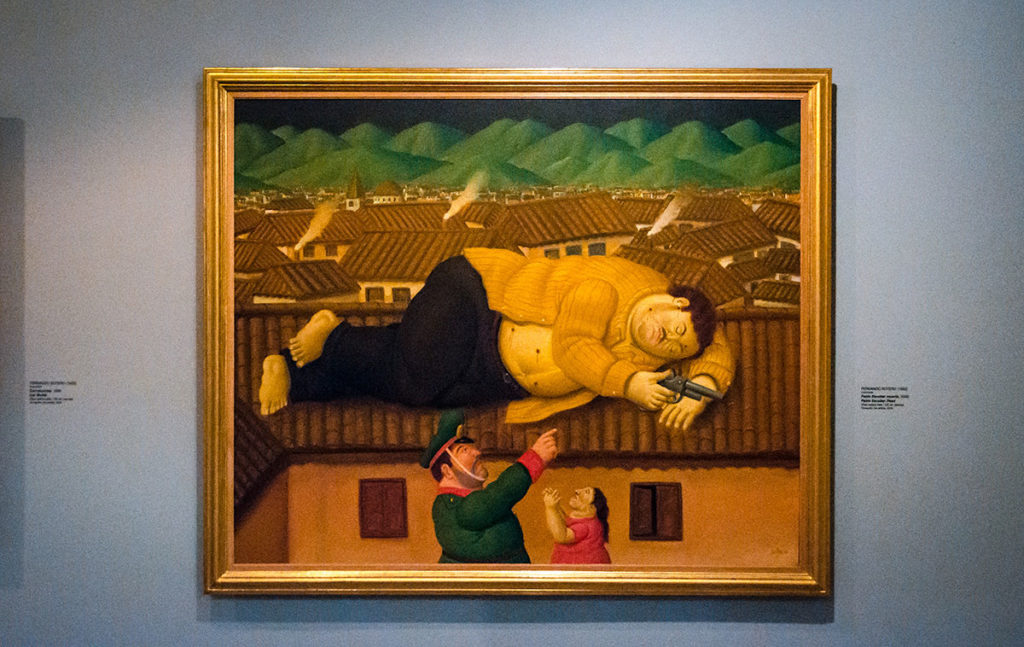 For many years, Medellín was known almost exclusively for the violence and danger brought about by Pablo Escobar. Escobar was a drug lord whose cartel was the supplier of around 80% of the cocaine smuggled into the US during the highest point of his career. He was known as the wealthiest criminal in all of history. He lived in Medellín for most of his life and got involved with smugglers early in his life before starting the Medellín Cartel. He often used violence to protect his interest and ordered mass killings, kidnappings, and bombings throughout Medellín and Colombia. He became popular with many of the marginalized people in the country because he built hospitals, churches, schools and homes for the poor. He was killed by the Colombia National Police with assistance from the US Drug Enforcement Agency in 1993.

The most critically-acclaimed painting in the museum is Horizons, a 1913 oil painting by Francisco Antonio Cano Cardona. It depicts a husband, wife, and child sitting on a bluff, surrounded by mountains. 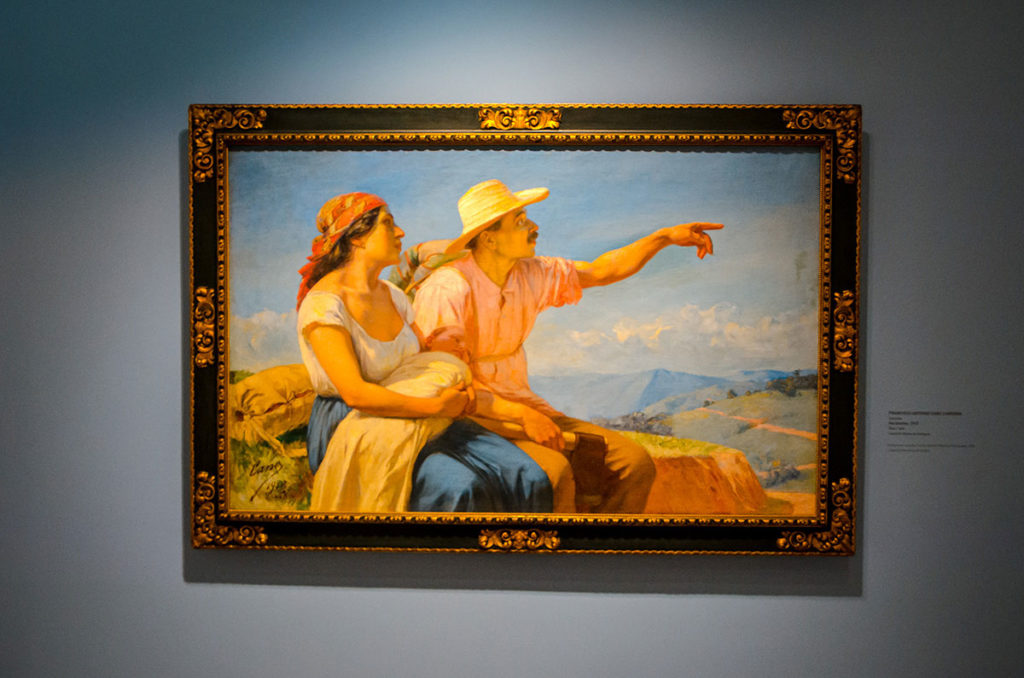 To me, there is peacefulness and hope for the future in the picture. Some interpret the family representing Joseph, Mary and Jesus. The man’s outstretched arm and pointed hand is similar to Michelangelo’s Creation of Adam on the ceiling of the Sistine Chapel in the Vatican.

The House of Memories archives the violent history of Medellín and the rest of Colombia. The museum involves multimedia exhibits and archival data that pay tribute to the victims of the armed conflicts in the country.

The museum started with materials collected by the Victim Assistance Program of Medellín beginning in 2006 in an attempt to bring attention to the violent massacres and keep them from happening again. Next to the wall leading to the museum was a stretch with names of some of the victims. 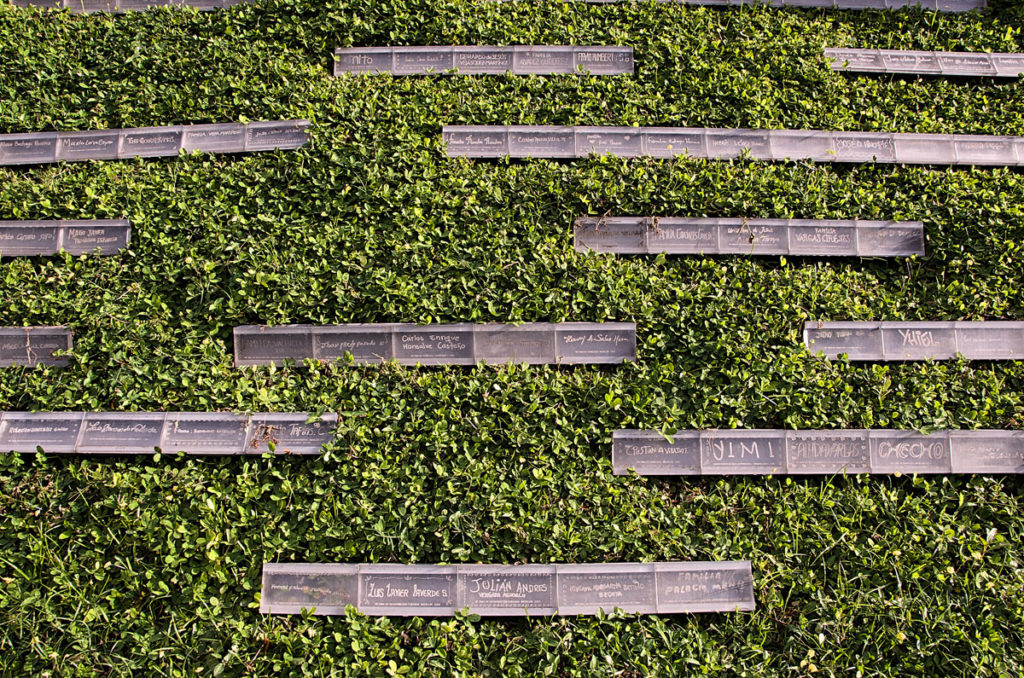 Outside there was a statue of Mahatma Gandhi, a figure used around the world to symbolize peace…

…and a tiered park where many relax. 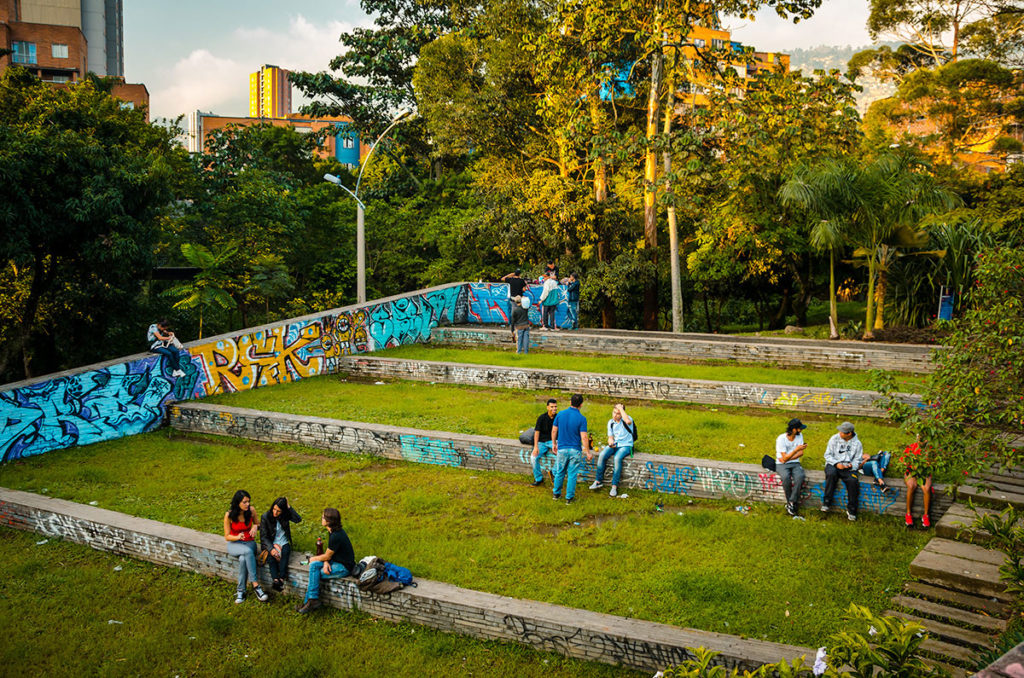 Every city we went to in Medellin had great street life to mingle in.

I loved this man and his dogs. 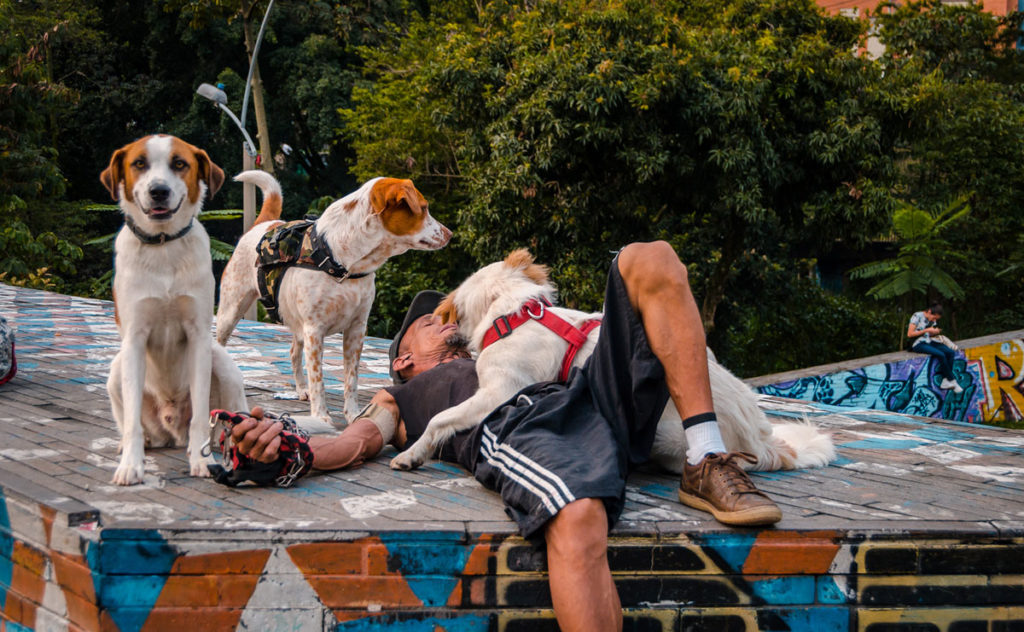 Medellín has hundreds of street performers, including jugglers, magician, musicians and dancers.

I liked the sax’s jazz riffs. The woman danced better on stilts than I do on my two feet.

Also, we saw my favorite, acrobats.

These two guys jumped incredibly high in their flips. 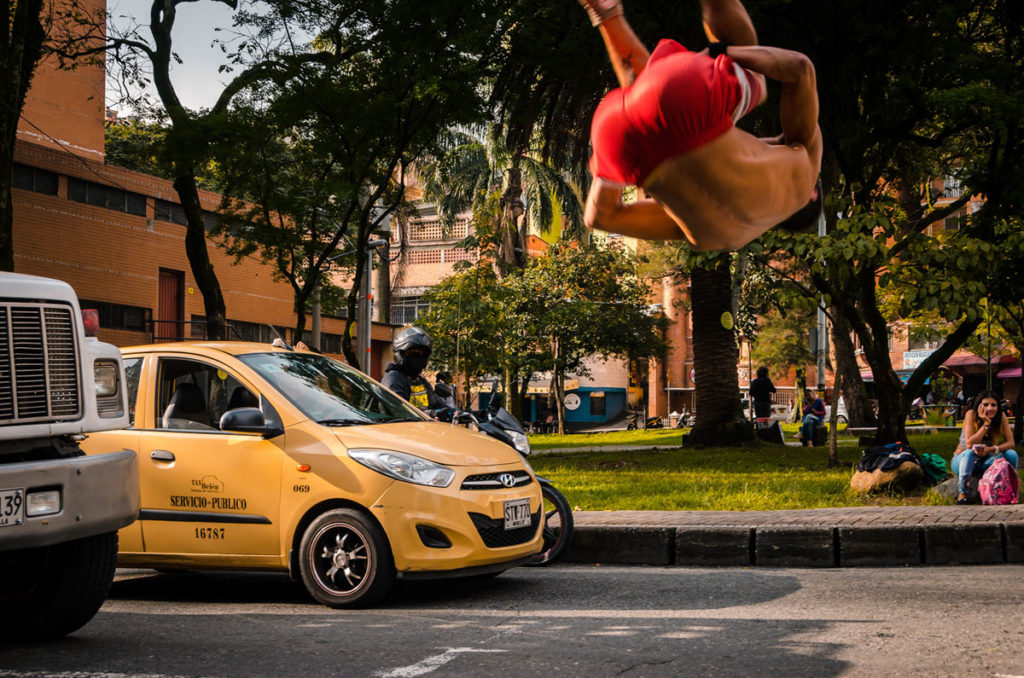 Street traffic streamed day and night with many motorbikes, some with whole families. 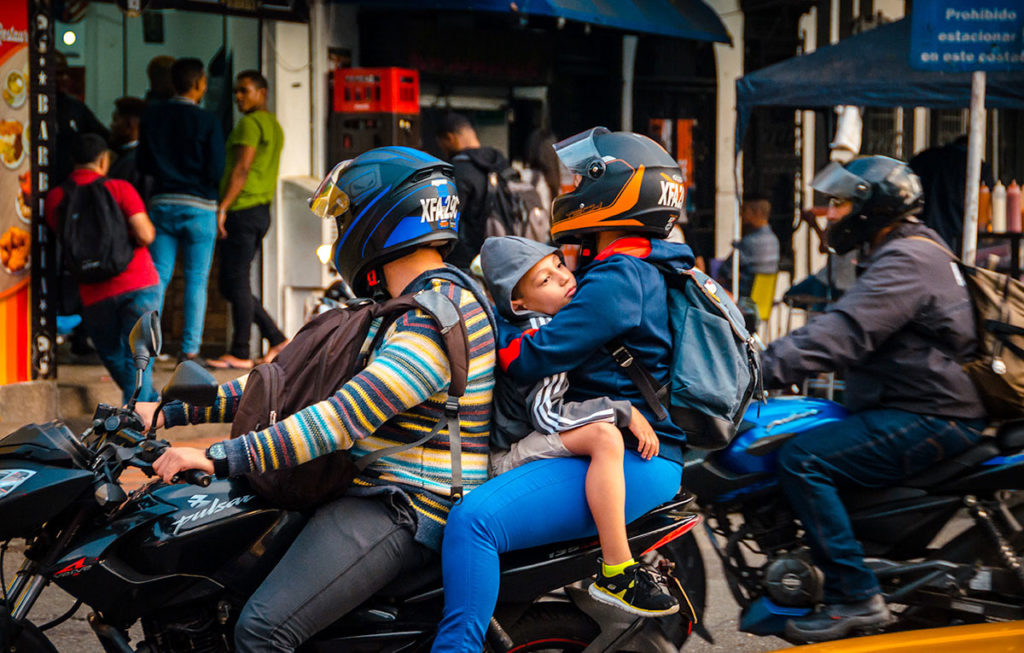 As in almost all big cities in the world, we saw homeless in Medellín. 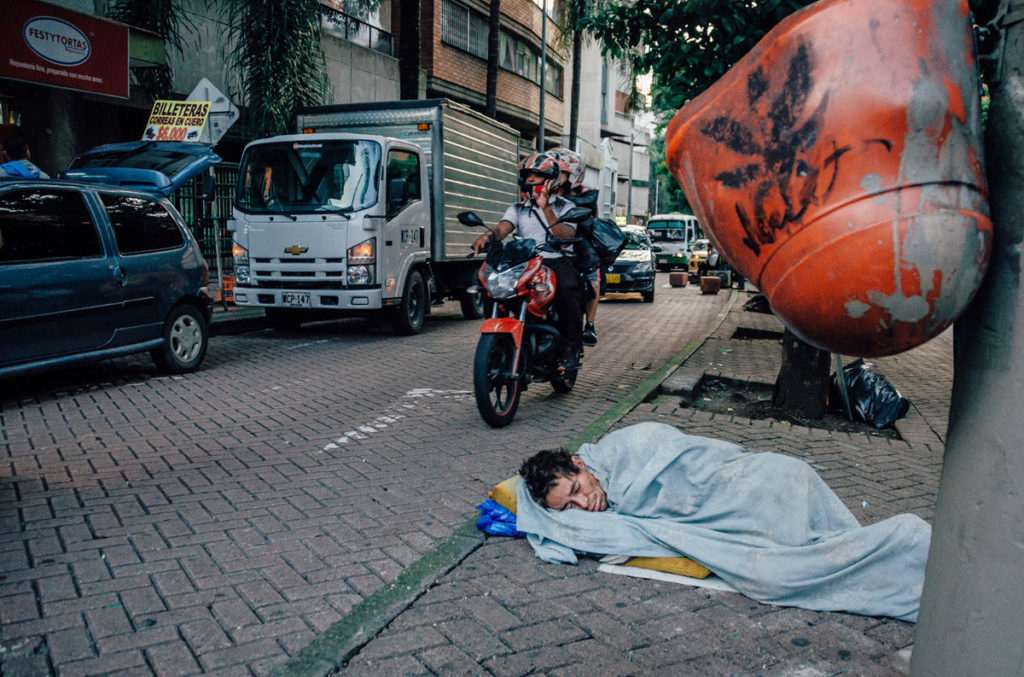 We made a friendly connection with these two friends playing cards. 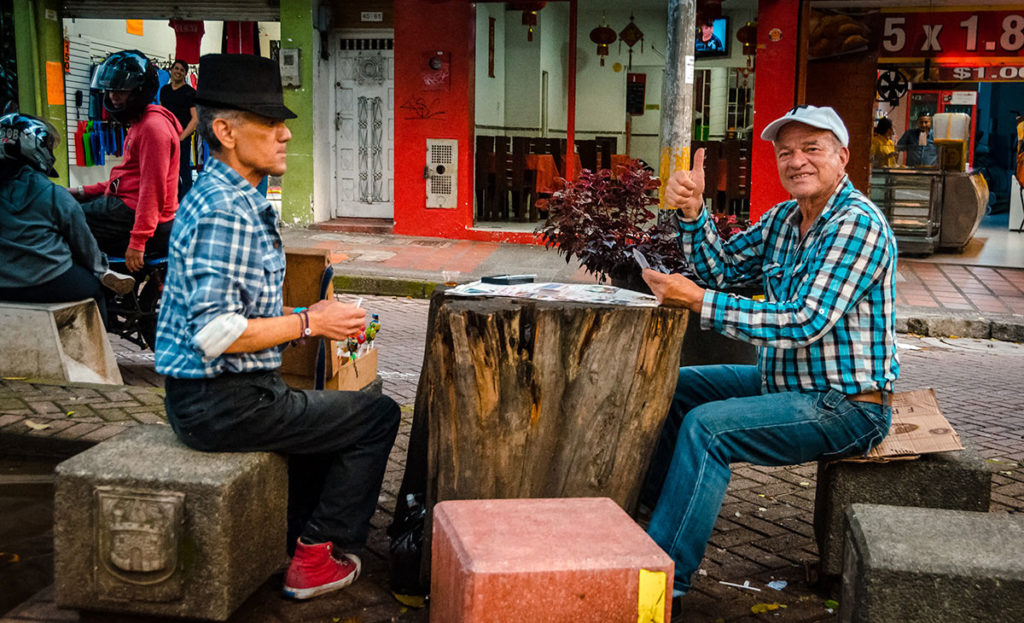 In the city center retail area, we could have bought cowboy hats… 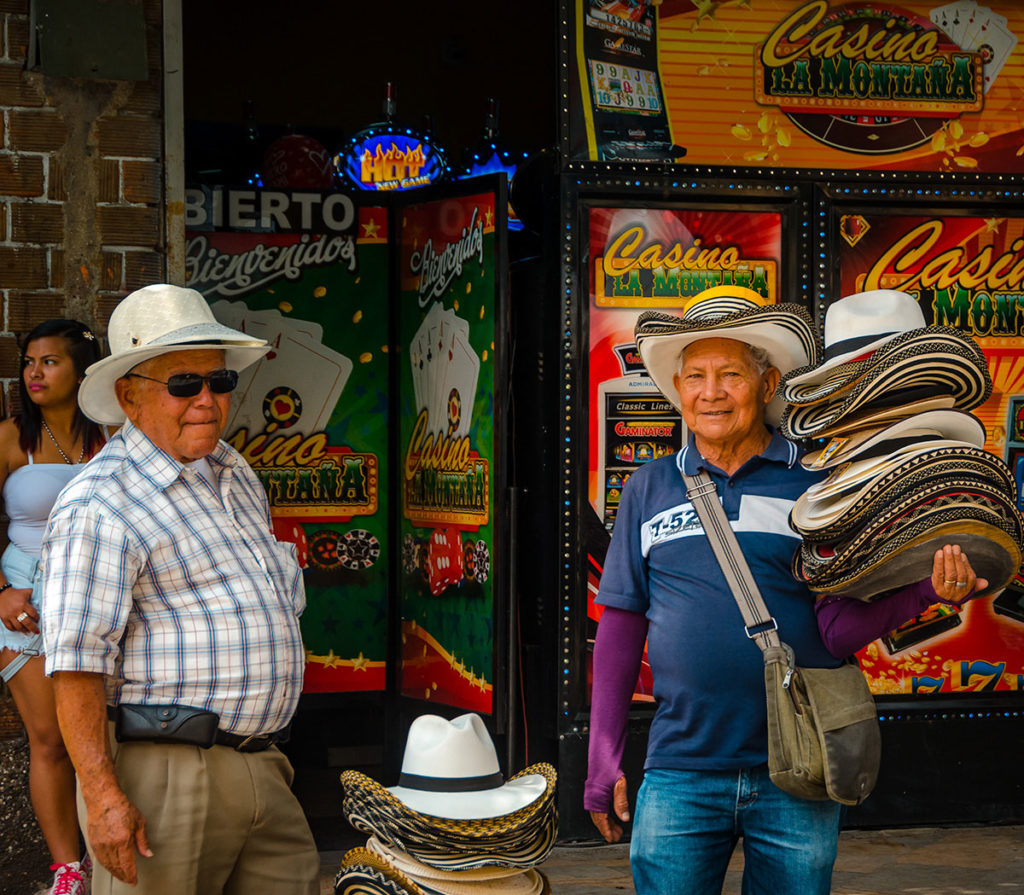 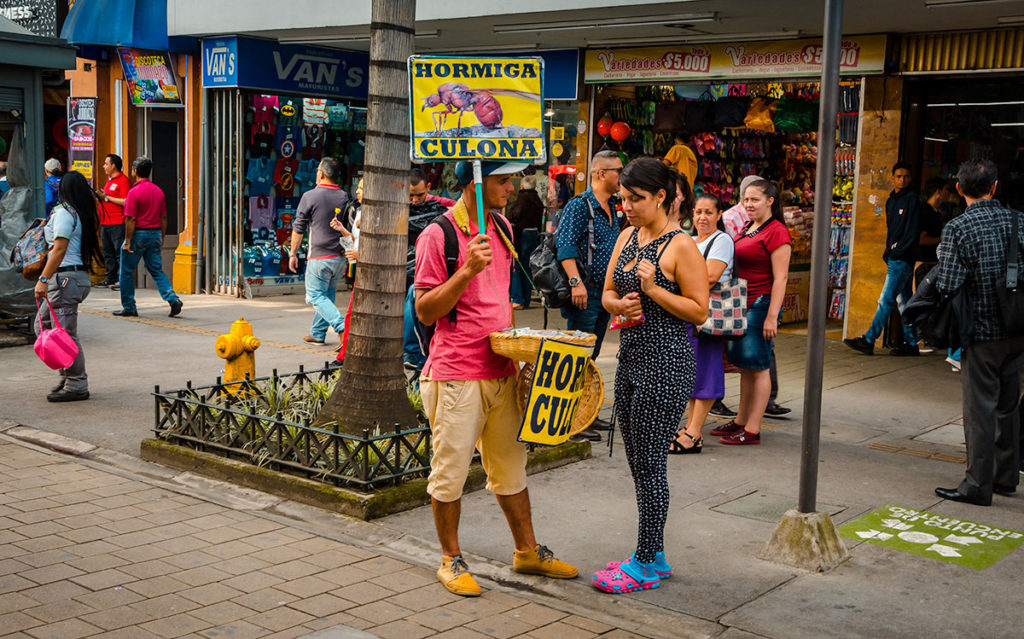 These female, large leaf-cutter ants are called hormiga culona and sold fried or roasted with salt. Locals obviously eat them, but we skipped the opportunity.

As we walked, here and there we saw striking outdoor murals, such as this on the supporting concrete of a viaduct. 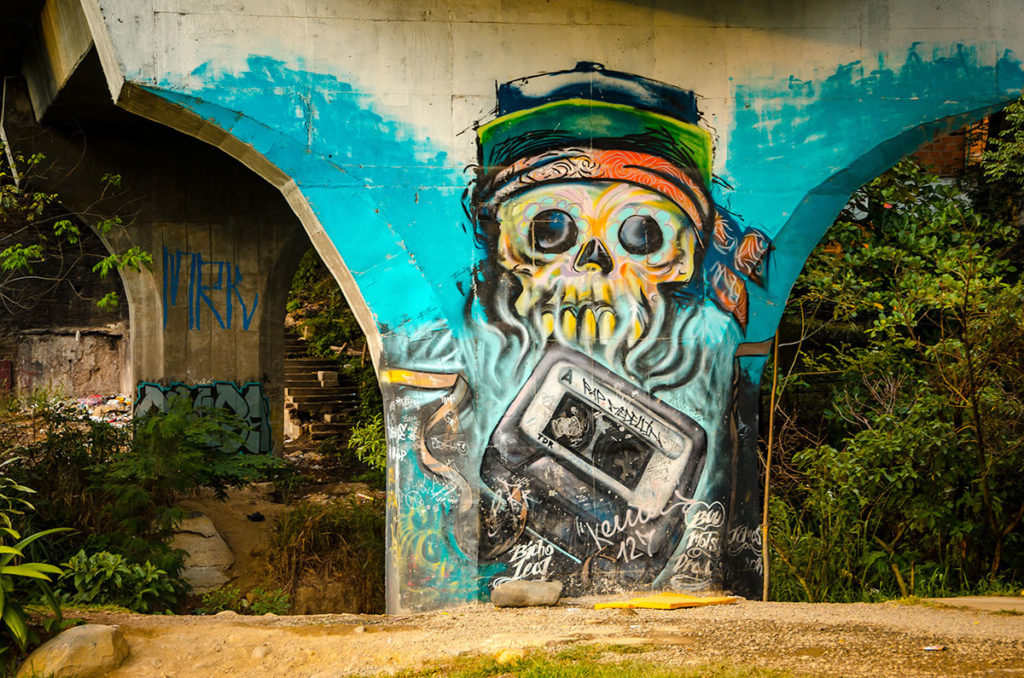 As we had limited time, we were unable to go to Comuna 13 which has outdoor murals rivaling those in Bogota. Next time it will be the first thing we go to.

On our last night, we were in the city center just after dark. Where there were once hundreds of people going about their business, at night there are few around. We did not know exactly how to go to the metro. This kind policeman saw we were disoriented and escorted us to the station.

Medellín exceeded our expectations by far. I am looking forward to returning some day and also visiting Cali and the Colombia countryside. See Colombia – Part 3 – Cartagena for our last destination of this incredible journey.