Fiji, a country in the South Pacific, is an archipelago of more than 300 islands. It’s famed for rugged landscapes, palm-lined beaches and coral reefs with clear lagoons. Its major islands, Viti Levu and Vanua Levu, contain most of the population. The majority of Fiji’s islands were formed by volcanic activity starting around 150 million years ago. Some geothermal activity still occurs today on the islands of Vanua Levu and Taveuni.

At Suva the average summer high temperature is in the mid-80s F, and the average winter low is in the high 60s F; temperatures typically are lower in elevated inland areas. All districts receive the greatest amount of rainfall in the season from November through March, during which time tropical cyclones are also experienced perhaps once every two years. Almost half of Fiji’s total area remains forested, while dry grasslands are found in western areas of the large islands. Coconut palms are common in coastal areas, and almost all tropical fruits and vegetables can be grown. 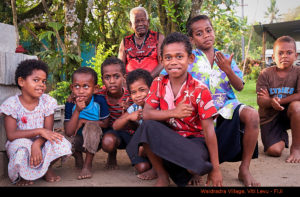 Nadi International Airport is the main airport in Fiji and a busy hub for travel to other South Pacific islands. Many Pacific travelers stopover here 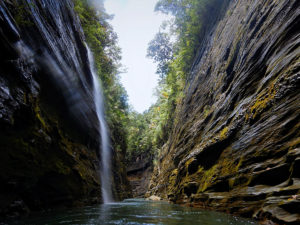 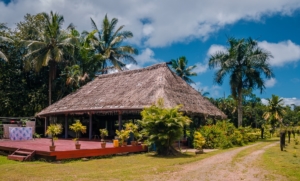 Knox and Nem are partners in Focus on Fiji, a transportation company with vans and cars. They can take you anywhere on the island of Viti