Finland is a Northern European nation bordering Sweden, Norway and Russia. Its capital, Helsinki, occupies a peninsula and surrounding islands in the Baltic Sea. Helsinki is home to the 18th-century sea fortress Suomenlinna, the fashionable Design District and diverse museums. Finland largely remained an agrarian country until the 1950s. After World War II, it rapidly industrialized and developed an advanced economy, while building an extensive welfare state based on the Nordic model; the country soon enjoyed widespread prosperity and a high per capita income.

Finland’s underlying structure is a huge worn-down shield composed of ancient rock, mainly granite, dating from Precambrian time. The land is low-lying in the southern part of the country and higher in the center and the northeast, while the few mountainous regions are in the extreme northwest, adjacent to Finland’s borders with Sweden and Norway. The part of Finland north of the Arctic Circle suffers extremely severe and prolonged winters. Temperatures can fall as low as −22 °F. In these latitudes the snow never melts from the north-facing mountain slopes, but in the short summer, from May to July, temperatures can reach as high as 80 °F. 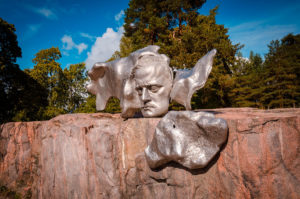 Introduction We were in Helsinki, Finland for the first time in our lives. We did not have friends living here as we do in most 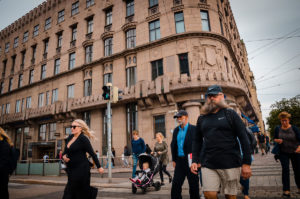