Guatemala, a Central American country south of Mexico, is home to volcanoes, rainforests and ancient Mayan sites. The capital, Guatemala City, features the stately National Palace of Culture and the National Museum of Archaeology and Ethnology. Guatemala endured a bloody civil war fought between the US-backed government and leftist rebels, including genocidal massacres of the Maya population perpetrated by the military. A slow political and economic recovery continued into the early 21st century. Elections have been held regularly since 1996, but, because there are many political parties, which tend to be small and short-lived, convergence on political solutions has been rare.

Guatemala has a relatively high rate of annual population growth. The birth, death, infant mortality, and fertility rates are among the highest in Central America, and life expectancy is low. Guatemala Located within the tropics and with elevations ranging between sea level and more than 13,000 feet, Guatemala experiences a diversity of climates. Below 3,000 feet in elevation, average monthly temperatures range between 70 and 80 °F throughout the year; between 3,000 and 5,000 feet and, temperatures range between 60 and 70 °F; and from 6,000 to 9,000 feet, they range between 50 and 60 °F. 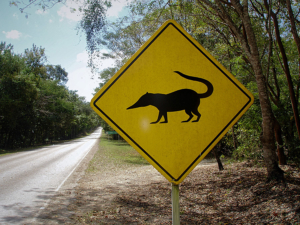