Hungary is a landlocked country in Central Europe. Its capital, Budapest, is bisected by the Danube River. Its cityscape is studded with architectural landmarks from Buda’s medieval Castle Hill and grand neoclassical buildings along Pest’s Andrássy Avenue to the 19th-century Chain Bridge. Hungary has a population of nearly 10 million, mostly ethnic Hungarians and a significant Romani minority. Hungarian, the official language, is the world’s most widely spoken Uralic language and among the few non-Indo-European languages widely spoken in Europe.

Hungarians, who know their country as Magyar Orszag, “Land of Magyars,” are unique among the nations of Europe in that they speak a language that is not related to any other major European language. Linguistically surrounded by alien nations, Hungarians felt isolated through much of their history. Because of its situation within the Carpathian Basin, Hungary has a moderately dry continental climate. The mean annual temperature is about 50 °F. Average temperatures range from the mid-20s to the low 30s F in January and from the mid-60s to the low 70s F in July. 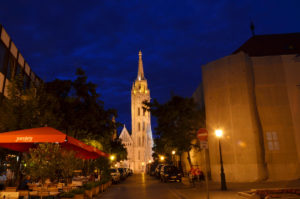 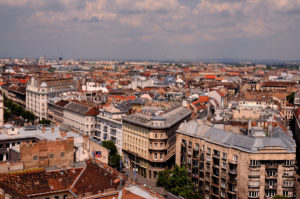