Norway is a Scandinavian country encompassing mountains, glaciers and deep coastal fjords. Oslo, the capital, is a city of green spaces and museums. Preserved 9th-century Viking ships are displayed at Oslo’s Viking Ship Museum. Bergen, with colorful wooden houses, is the starting point for cruises to the dramatic Sognefjord. Norway has both administrative and political subdivisions on two levels: counties and municipalities. The Sámi people have a certain amount of self-determination and influence over traditional territories through the Sámi Parliament and the Finn mark Act.

Norway’s austere natural beauty has attracted visitors from all over the world. The country has also produced many important artists, among them composer Edvard Grieg, painter Edvard Munch, novelists Knut Hamsun and Sigrid Undset, and playwright Henrik Ibsen. Although it occupies almost the same degrees of latitude as Alaska, Norway owes its warmer climate to the Norwegian Current, which carries four to five million tons of tropical water per second into the surrounding seas.

Introduction On my first visit to Oslo, we went to the city’s top attractions, including Vigeland Sculpture Park…   …the Parliament Building…   …and the Nobel 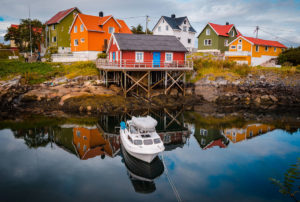 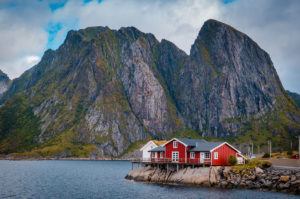