Poland, officially the Republic of Poland, is a country in Central Europe. located at a geographic crossroads that links the forested lands of northwestern Europe to the sea lanes of the Atlantic Ocean and the fertile plains of the Eurasian frontier. Now bounded by seven nations, Poland has waxed and waned over the centuries, buffeted by the forces of regional history. Poland is punctuated by great forests and rivers, broad plains, and tall mountains. Warsaw, the country’s capital, combines modern buildings with historic architecture, most of which was heavily damaged during World War II but has since been faithfully restored in one of the most thoroughgoing reconstruction efforts in European history.
The natural landscape of Poland can be divided broadly into three relief groups: the lowlands, the highlands, and the mountains. Polish soils are varied and without clearly marked regional types. The greatest area is covered by podzol and pseudopodzol types, followed by the less widely distributed brown-earth soils, which are richer in nutrients. 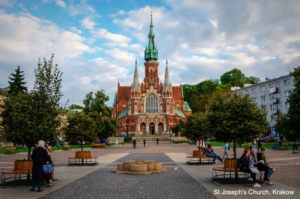 Kraków is the most beautiful and alluring city in Poland. It was once the seat of the Polish Kings and escaped WWII with minimal damage. 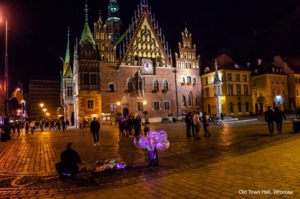 Wroclaw is not a city that many Americans have heard of, even though it’s over a millennium-old and the fourth largest city in Poland with