Russia, officially the Russian Federation, is a transcontinental country spanning Eastern Europe and Northern Asia. It is the largest country in the world by area, covering over 17,098,246 square kilometers, and encompassing one-eighth of Earth’s inhabitable landmass. The Russian economy is the world’s eleventh-largest by nominal GDP and the sixth-largest by PPP. It has the world’s largest stockpile of nuclear weapons, with the fourth-highest military expenditure. Russia’s extensive mineral and energy resources are the world’s largest, and it is among the leading producers of oil and natural gas globally.

Russia’s climate is extreme, with forbidding winters that have several times famously saved the country from foreign invaders. Although the climate adds a layer of difficulty to daily life, the land is a generous source of crops and materials, including vast reserves of oil, gas, and precious metals. Western Russia makes up the largest part of one of the great lowland areas of the world, the Russian Plain, which extends into Russia from the western border eastward for 1,000 miles to the Ural Mountains and from the Arctic Ocean more than 1,500 miles to the Caucasus Mountains and the Caspian Sea. 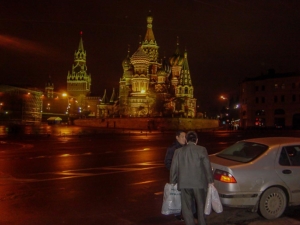