Slovakia, officially the Slovak Republic, is a landlocked country in Central Europe. Slovakia’s mostly mountainous territory spans about 49,000 square kilometers (19,000 sq mi), with a population of over 5.4 million. The capital and largest city is Bratislava, while the second largest city is Košice. It is roughly coextensive with the historic region of Slovakia, the easternmost of the two territories that from 1918 to 1992 constituted Czechoslovakia.
the history of the Slovak nation began long before the creation of Czechoslovakia and even before the emergence of Slovak as a distinct literary language in the 19th century. Slovakia has become increasingly infiltrated by modern industrial infrastructure, but it still offers breathtaking views of wine-growing valleys, picturesque castles, and historical cities. Slovakia is bordered by Poland to the north, Ukraine to the east, Hungary to the south, and Austria to the southwest. Its former federal partner, the Czech Republic, lies to the west. 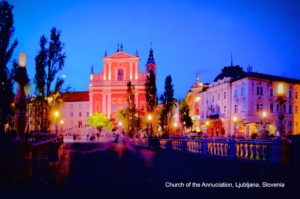 Many travelers do not know where Slovenia is or confuse it with the similarly sounding Slovakia. The Slovenian people’s ancestral roots go back over 1,500 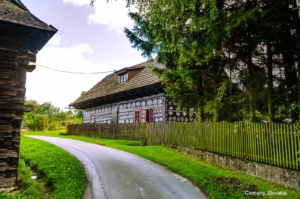 It’s a pleasure to drive through the mountains and wine-growing valleys of Slovakia. On the way, you pass through historic villages and cities and see