Suriname is a small country on the northeastern coast of South America. It’s defined by vast swaths of tropical rainforest, Dutch colonial architecture and a melting-pot culture. On its Atlantic coast is the capital, Paramaribo, where palm gardens grow near Fort Zeelandia, a 17th-century trading post. Suriname became one of the constituent countries of the Kingdom of the Netherlands. On 25 November 1975, it left the Kingdom to become an independent state.

Suriname has a tropical climate. The populated area in the north has four seasons: a minor rainy season from early December to early February, a minor dry season from early February to late April, a major rainy season from late April to mid-August, and a major dry season from mid-August to early December. There are some 150 species of mammals, including monkeys, wild pigs, deer, manatees, jaguars, ocelots, armadillos, sloths, and anteaters. The tapir is the largest land mammal. Reptiles include caimans, iguanas, and the boa constrictor. 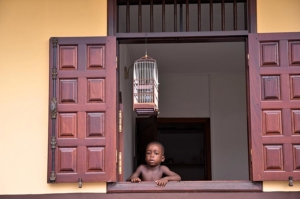