Trinidad and Tobago is a dual-island Caribbean nation near Venezuela, with distinctive Creole traditions and cuisines. Trinidad’s capital, Port of Spain, hosts a boisterous carnival featuring calypso and soca music. Numerous bird species inhabit sanctuaries such as the Asa Wright Nature Centre. Trinidad and Tobago has the 7th highest GDP per capita based on purchasing power parity in the Americas after the United States, Canada, Puerto Rico, The Bahamas, Aruba and Guyana as of 2022. It is recognized by the World Bank as a high-income economy.

Trinidad and Tobago, island country of the southeastern West Indies. It consists of two main islands Trinidad and Tobago and several smaller islands. Forming the two southernmost links in the Caribbean chain, Trinidad and Tobago lie close to the continent of South America, northeast of Venezuela and northwest of Guyana. The climate of Trinidad and Tobago is tropical, with high relative humidity. The coolest months are January and February, when the average minimum temperature is about 68 °F. 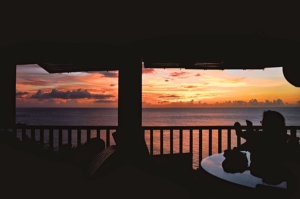