Uganda is a landlocked country in East Africa whose diverse landscape encompasses the snow-capped Rwenzori Mountains and immense Lake Victoria. Its abundant wildlife includes chimpanzees as well as rare birds. Remote Bwindi Impenetrable National Park is a renowned mountain gorilla sanctuary. Uganda also lies within the Nile basin and has a varied but generally a modified equatorial climate. It has a population of around 46 million, of which 8.5 million live in the capital and largest city of Kampala.

The tropical climate of Uganda is modified by elevation and, locally, by the presence of the lakes. The major air currents are northeasterly and southwesterly. Because of Uganda’s equatorial location, there is little variation in the sun’s declination at midday, and the length of daylight is nearly always 12 hours. All of these factors, combined with a fairly constant cloud cover, ensure an equable climate throughout the year. Much of southern Uganda has been deforested, but a significant portion of the country’s area has been placed in its 10 national parks. 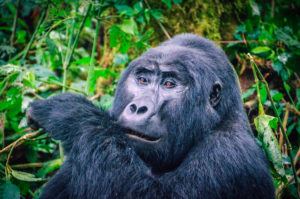 Tracking Gorillas in Uganda and Rwanda

Part 1 – Overview I have been quite fortunate in my life, having been on several African safaris in eastern and southern Africa. In the 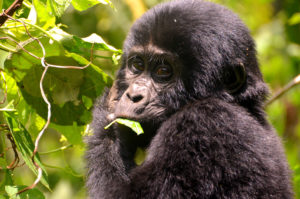 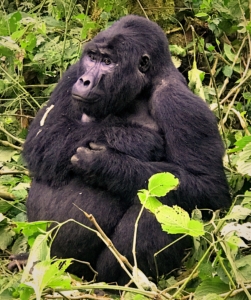