France, in Western Europe, encompasses medieval cities, alpine villages and Mediterranean beaches. Paris, its capital, is famed for its fashion houses, classical art museums including the Louvre and monuments like the Eiffel Tower.

France It is a transcontinental country predominantly located in Western Europe and spanning overseas regions and territories in the Americas and the Atlantic, Pacific and Indian Oceans. Its metropolitan area extends from the Rhine to the Atlantic Ocean and from the Mediterranean Sea to the English Channel and the North Sea; overseas territories include French Guiana in South America, Saint Pierre and Miquelon in the North Atlantic, the French West Indies, and many islands in Oceania and the Indian Ocean.

France is among the globe’s oldest nations, the product of an alliance of duchies and principalities under a single ruler in the Middle Ages. Today, as in that era, central authority is vested in the state, even though a measure of autonomy has been granted to the country’s regions in recent decades. 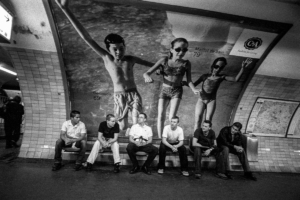