Maldives became a founding member of the South Asian Association for Regional Cooperation. It is also a member of the United Nations, the Commonwealth of Nations, the Organization of Islamic Cooperation, and the Non-Aligned Movement. The Maldives’s Islands are a series of coral atolls built up from the crowns of a submerged ancient volcanic mountain range.
The population of Maldives belongs almost entirely to the Maldivian ethnic group, which is the result of various peoples settling in the islands successively through the country’s history. The rapid growth of the tourism industry left its mark on the labour market, which saw a dramatic shift away from agriculture and toward services. In part because of lack of training among the general population, a number of foreign workers from South Asia provide skills needed to help develop businesses. 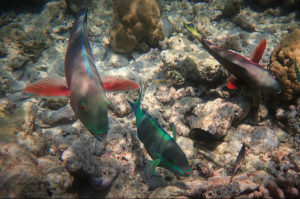