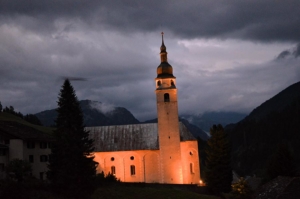 Switzerland is a mountainous Central European country, home to numerous lakes, villages and the high peaks of the Alps. Its cities contain medieval quarters, with landmarks like capital Bern’s Zytglogge clock tower and Lucerne’s wooden chapel bridge. the Swiss population of approximately 8.7 million is concentrated mostly on the plateau, where the largest cities and economic centres are located, among them Zürich, Geneva and Basel.

Switzerland a landlocked country of towering mountains, deep Alpine lakes, grassy valleys dotted with neat farms and small villages, and thriving cities that blend the old and the new, Switzerland is the nexus of the diverse physical and cultural geography of western Europe, renowned for both its natural beauty and its way of life. Four major European climates affect Switzerland. From the west, influenced by the North Atlantic Drift, come mild and moist air masses; dry and cold air arrives from the North Arctic areas; continental air from the east brings dry colder air in winter and warmer air in summer; and relatively moist and warm air flows northward from the Mediterranean.