Cambodia is a Southeast Asian nation whose landscape spans low-lying plains, the Mekong Delta, mountains and Gulf of Thailand coastline. Phnom Penh, its capital, is home to the art deco Central Market, glittering Royal Palace and the National Museum’s historical and archaeological exhibits.

Cambodia has a population of over 17 million. Buddhism is enshrined in the constitution as the official state religion, and is practiced by more than 97% of the population. Cambodia, about one-third the size of France and somewhat larger than the U.S.

Cambodia’s climate is governed by the monsoon winds, which define two major seasons. From mid-May to early October, the strong prevailing winds of the southwest monsoon bring heavy rains and high humidity. 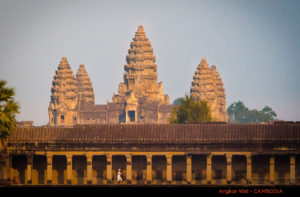 Angkor Wat – A Millennium of Wonder 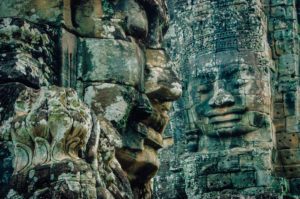